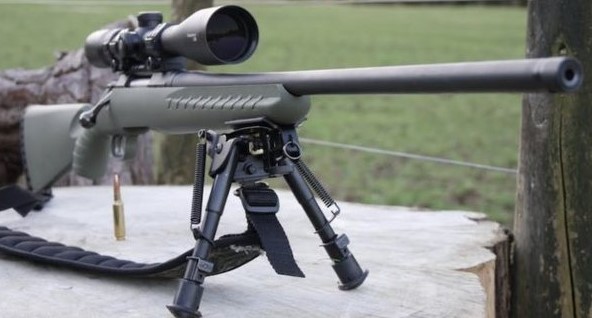 You already know the value of the Savage Axis line of rifles, right? In the old days, if you wanted a rifle with a good trigger and sub-MOA accuracy right out of the box you would have to go high end. Not anymore – thanks to rifles like the Savage Axis.

Entry-level rifles like the Savage Axis have proven that a person on a budget can still own a decent and accurate rifle. And now that you have your rifle, you’re going to need to find the best bipod. And that is why you’re reading this article.

We have reviewed the top ten bipods for the Axis Rifle in 2022. Make sure to read to the end to see which one of these babies wins the day.

The first bipod we are reviewing is the CVLIFE 6-9 Inches Tactical Rifle Bipod. This 6-9” bipod is equipped with all that you would expect from CVLIFE, and then some.

It comes ready to attach to your Savage Axis, whether your Axis has a swivel stud or rail (or both). That is because it comes with an adapter to quickly change it from a swivel attachment to a 1913 rail mount.

The CVLIFE 6-9 Inches Tactical Rifle Bipod boasts spring returning legs. At the touch of a button the legs snap back to their shortest position. The legs fold forward, and there is a spring on each leg to keep them in your desired configuration.

Some shooters don’t need or want all the latest gadgets and gizmos. They want quality and simplicity. This bipod was designed with those shooters in mind.

It is not the lightest on the market, but it won’t give you a workout either. The aluminum parts surely aided in shedding the ounces on this model.

For the range or shooting bench or other level surface, the CVLIFE functions beautifully. However, this is a non-pivoting model, so leveling adjustments take a bit longer in the field.

Next up is the Vanguard Scout B62, which is nothing like the other models reviewed here. This model is perfect for shooting from your knees or in the standing position. For those in the prairies, that is important because one needs to get his Axis above the grass.

Instead of mounting this has a V rest. Once deployed, you simply rest the front of your Savage in the V. Friction and gravity keep the rifle steady, allowing you to take quick aim at your target.

The head swivels 360 degrees. You can quickly take aim at almost any angle making this an excellent device for stalk hunting.

The legs quickly deploy and go from 22” to 62”. There are four sections and each section has a quick release adjustment lever. The rubber tipped feet make this a useful accessory for any surface.

This isn’t the bipod you’re going to want at the range. But it isn’t a bad choice to strap to your backpack next to your Savage Axis rifle for a backcountry hunt. No doubt, using this device will give you an advantage over a free-hand attempt at a distance shot.

This is a great bipod for your Axis rifle, even though it is purpose specific for hunting and field work. You can quickly deploy it and be ready to shoot in seconds.

Moving down the list we come to the Caldwell XLA bipod. Caldwell is a trusted name in the bipod game, and you can’t go wrong with the XLA. We reviewed the 6-9” version, but they also come in several longer variants.

This bipod also features spring assisted leg return, which is a great feature when you have to get up and get going quickly. Springs on the legs also hold the bipod in position, either deployed or folded.

We really like a bipod that pivots, and the Caldwell XLA has an excellent mechanism allowing 20 degrees of adjustment. The adjustment knob is also quick and easy to use. You simply loosen the knob and the gun can quickly pivot. Tighten it again when you’re happy with your canting angle.

The quality is excellent, and unlike some less expensive models, we can’t imagine this one rusting for years to come. Even the springs seem to have enough coating to keep oxidation at bay. That’s important because you want your bipod to work for years to come.

The legs are sectioned to help you remember your configuration. The rubber tipped feet will keep the bipod firmly in place and prevent slipping on any surface. We found the stability to be excellent – almost rock-solid.

This model does not have an adapter for a rail mount, so make sure your Savage Axis has a sling stud and not a rail. Most of them do, so you’re probably fine.

We don’t think you can go wrong with the Caldwell XLA. It is an excellent bipod and will complement your Savage Axis well.

On the higher end of the scale is the Magpul Rifle Bipod. This model is the latest in bipod technology – just what we have come to expect from Magpul. Space age features, and rock-solid quality.

It is made of lightweight mil-spec hard-anodized aluminum. And its beautifully designed and put together. It is also very low profile.

The adjustments are almost all push button. The shooter can make nearly every adjustment one handed. That’s great when staying on target is important.

The Magpul Rifle Bipod pivots (also via a push-button actuator). It has 50 degrees of tilt, and 40 of pan. That is a lot of adjustment for one bipod. But then, this model has many industry-leading and industry-exclusive features.

Despite its lightweight, the Magpul provides an extremely stable platform for shooting. It felt like the rifle was resting in a vice.

Keep in mind that the Magpul doesn’t accommodate for sling stud mounting. You’ll need to install a piece of 1913 rail or M-lock or A.R.M.S. 17S Style mounting solutions.

Did we mention how light the MagPul is? This is one of the lightest models on the market. This is a truly great bipod that will complement your Savage Axis and help you make the shot when it counts!

Last, but certainly not least, is the UTG Super Duty Bi-pod. This middle of the road model is an excellent balance of features and value. It is stout and sturdy, and well made.

Fully-extended it is only 8.5”, so it is not a very tall model. This would be perfect for the bench or some field applications too.

The heavy duty, all-steel construction can take all the abuse we usually give to our Savage Axis rifles and the accessories mounted to them. It is unique in that the legs are square, not round. It is a subjective judgment, but to us that made the UTG seem stronger.

There are two mounting options included. You can attach this to a rail, and it also comes with a “swivel stud kit” allowing you to mount this the old fashion way.

This model is non-pivoting. That is a decided disadvantage in the field, but less of an issue on the bench. Adjustments for level on un-level surfaces will take a few moments, so the shooter needs to give himself more time to set up for the shot.

This is the heaviest model we reviewed. That is an advantage and a disadvantage. It helps with stability, but lugging it through the woods won’t make you smile.

Aside from the Magpul, this bipod is probably the most tactical looking bipod we tested. So if you’re into tacticool, this one won’t disappoint.

If you’re primary shooting activity is hunting, and you live in tall-grass country, you need a taller bipod. So either one of these models should work:

If bench shooting is your thing, and you don’t really care about pivoting, then any of these would work well:

If you’re on a tight budget, but want lots of features, consider the:

If you’re into tacticool, then either of these models would be best:

Which one would we buy? These are all excellent models, and loaded with features. But we fell in love with the Magpul offering. In 5-10 years, most bipods will look like this one. We liked the one-handed adjustment, and the high quality feel. It didn’t hurt that this was the lightest model either.

However, we also liked the feature-set and value of the Caldwell XLA. It usually comes in at about half of the cost of the Magpul, but has many of the same features. It has a traditional look. But the Savage Axis looks traditional too.

So it is a tie between Magpul Rifle Bipod and the Caldwell XLA. Honestly, you can’t go wrong with either of these excellent models.

If you have purchased a Savage Axis rifle, you need to get the best bipod in order to get the most out of this excellent entry-level rifle. Take a look at this guide, consider your preferences, and make a wise purchase! 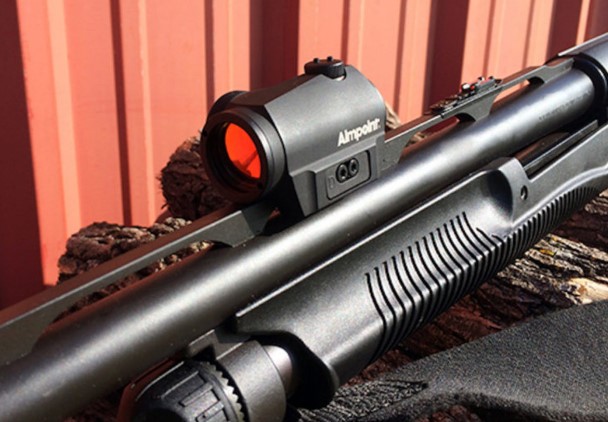 When you want to be accurate with your shots, the best red dot sight for shotguns will help you greatly. A red dot sight is a magnifying reflector meant for firearms. If you are a hunter and your pistol of choice is a shotgun, the red dot sights will be the perfect pair for optimum… 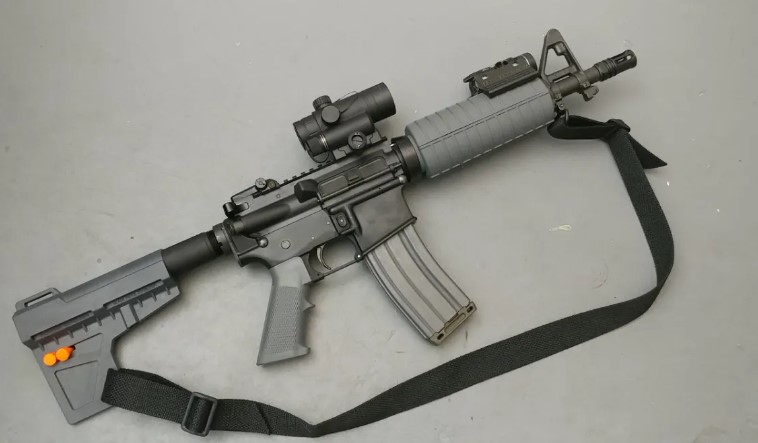 Starting out as just an ammunition and magazine website. It didn’t take long for PALMETTO STATE ARMORY to become a fully operational service that supplies its own firearms as well as distributing for a wide variety of other brands. So we decided to let you know all about them and what they do in this… 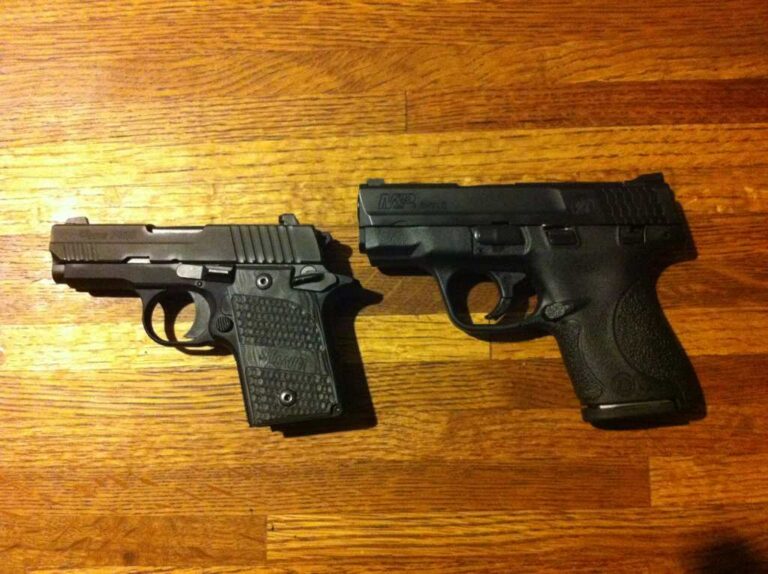 Many people believe that the Sig Sauer pistols are better than the Smith and Wesson handguns. While some think that the reverse is the case. Whatever your thoughts are on the subject, the truth is that they are both leading brands and are both very reliable. For concealed carry, where competition is fierce, the Sig… 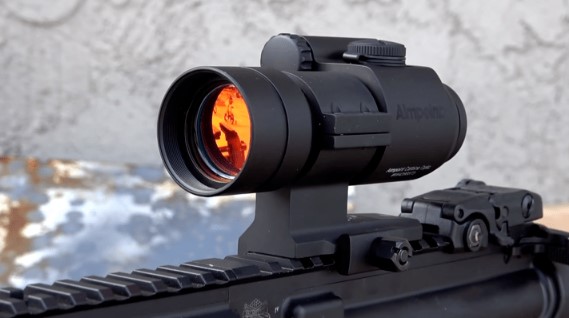 The ACO sight is quite the modern optic. This is because it does come with some of the best performance as compared to some models on the market right now. As a result, you will end up with a model that works great and delivers on the best performance. You get that the model is… 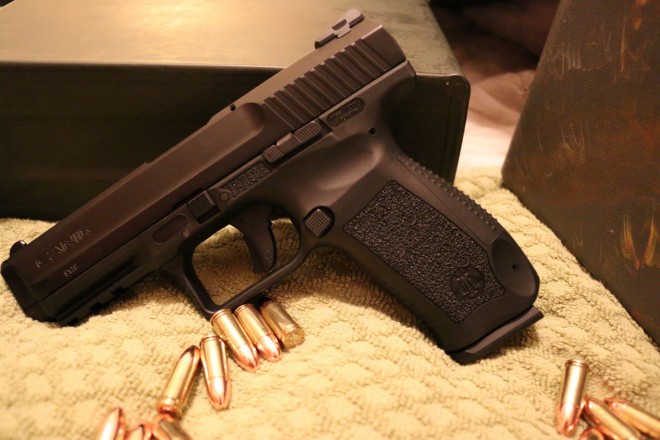 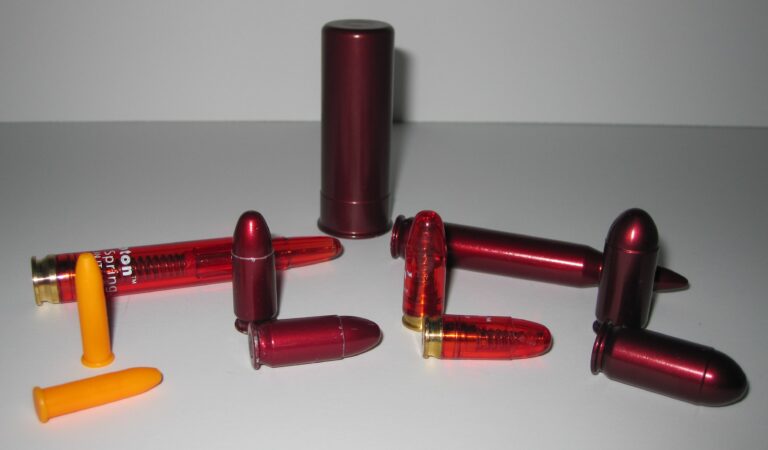 The best snap caps are of ultra-realistic weight, feel and look for superior training simulation. These pseudo bullets are great for testing your gunsmithing work, trigger pull practice, training on clearing malfunctions, or just general practice. Snap caps are used for teaching purposes because they load just like a normal bullet. This is a great…