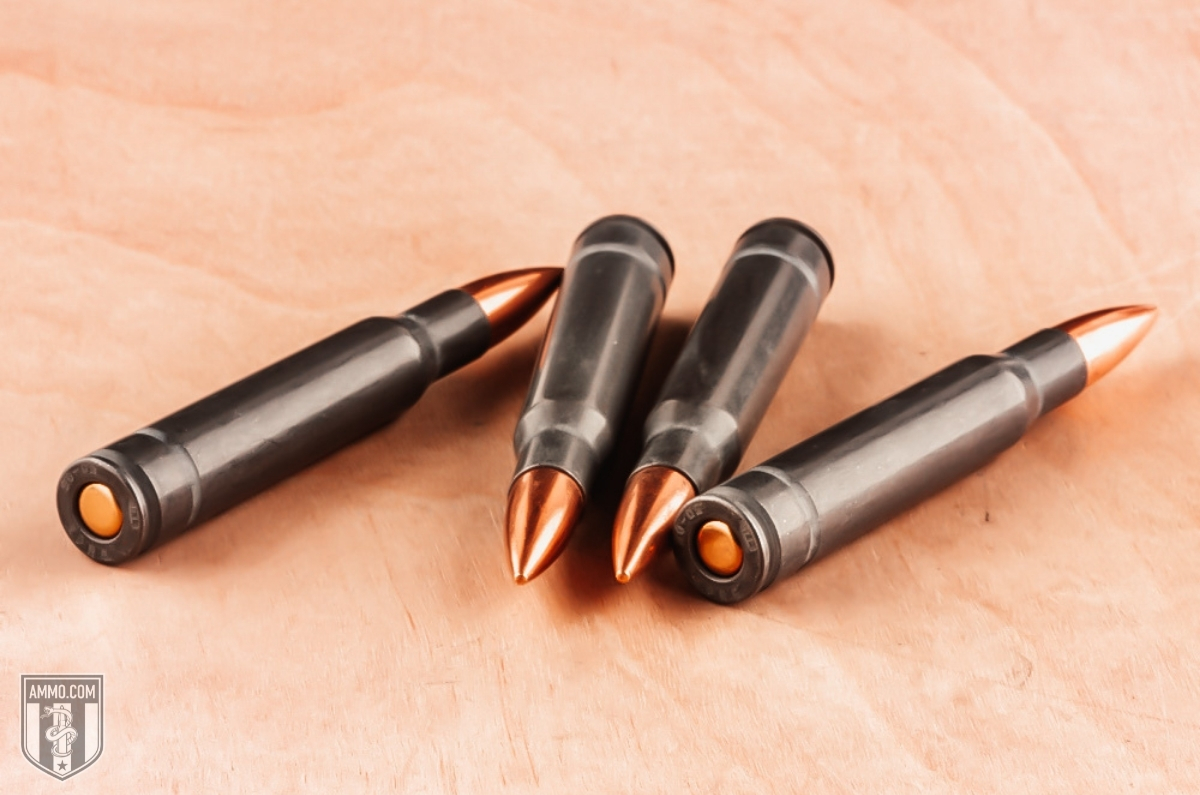 Shooters generally find the decision difficult, when choosing a .30 caliber weapon. Usually, the dilemma faced is this: .30-06 Springfield or .308 Winchester? Which of these cartridges is better, more practical, and under which conditions should you buy either?

Well, if it makes things any better, it’s good to know that this dilemma has been around for well over 55 years old. So, let’s delve into this 308 vs 30-06 comparison to see if we can help bring some new light to the best choice for you…

There is not a single shooter in the world who at least once discussed and compared these two cartridges. In disputes, many copies were used, millions of shots were fired, fingers were erased on computer keyboards, thousands of trophies were obtained, and hundreds of wounded animals left.

No more of that, read on to find out!

Two world wars ended, many small military campaigns happened. It was no longer necessary to shoot two kilometers in one gulp, while the cavalry, as a branch of the army, was gradually becoming a thing of the past. The military needed a single cartridge for automatic weapons, with smaller sizes, but in terms of energy and ballistics close to a well-deserved veteran.

The solution to this?

Chemists, having conjured a new formulation of gunpowder, and designers, having reduced the length of the sleeve, soon received the desired result. In 1952, Winchester launched the new .308 Winchester cartridge. The length of the new cartridge was half an inch less, and the power and flight speed of the bullet remained at the level of its predecessor.

It was also important that the cartridge became cheaper. Since then, confusion has settled in the minds of consumers: which is better? Pay for what?

The military got what they wanted, but with a civilian consumer, who pays with its hard-earned money, numbers, and mathematics alone would not be enough. They also had to like it.

The original version of the .30-30 Springfield cartridge with a heavy 14-gram blunt-pointed bullet, which in 1906 had received a remake. Its new pointed bullet weighed 9.7 g and became the most powerful cartridge among its army classmates at the dawn of the twentieth century.

Since that time, civilians and hunters loved it. The cartridge outfitted for hunting quickly won the love and respect of the Americans and users in several countries of the world.

As noted, for more than half a century, everything has already been said about these cartridges, repeatedly “chewed over” in articles and on online forums in recent times. But more and more people are joining the ranks of shooters and hunters, so again we cannot do without comparisons.

The first thing that immediately catches your eye is the size. The greater the capacity of the liner; therefore, the bullet will fly faster and crash harder.

But how much faster and stronger?

Let’s see what the manufacturers say for the .30-06 and .308 with the same type and weight of the bullet.

In principle, for the hunter, the energy of the bullet is at the forefront. This determines how well it is lodged in the target at the firing distance. And energy is directly related to speed and mass. In this case, the difference in energy at the muzzle end is 291 J. At a distance of 200m, the difference decreases to 122 J, and already by 300m, it makes 66 J to the advantage of the old man .30-06 Springfield.

It’s not because the .308 Winchester is more “accurate” than the .30-06 Springfield (NATO’s 7.62x63mm cartridge). But because the .308 is usually more available on the market today as military surplus. For this reason (accessibility), several tactical rifles have a .308 caliber.

Imagine having to fight for your survival in an environment in which you may have to get hold of ammunition by illegal methods. In such a case, you will have a better chance of acquiring enough .308 ammunition than .30-06.

Other proven facts to back the opinion of which might be better?

When people compare the .30-06 with .308, they usually do not do it in a scientific way. A proper comparison should take into account “time” – past and present. With the gunpowder adopted for .30-06 during its development, the way to achieve higher speeds and shoot further was to use a large sleeve filled with gunpowder.

For several years, improved gunpowder for IMR’s (Improved Military Rifle) and large shells were no longer necessary to fulfill the operational requirements of the military. As a result, the .308 – being smaller and lighter, could do virtually the same work as its “big brother,” but without weighing so much.

Of course, most often, civilian populations tend to rave about any ammunition and weapons used by the military. It was therefore natural (and expected) that more civilian shooters prefer the .308 as the cartridge of choice for firing 30 calibers.

With today’s gunpowder, the .30-06 has certain advantages in distance and energy compared to .308 for a bullet of any weight. However, these cartridge benefits are only realized “in extreme terms.” And for most hunters and target shooters, there is a very small difference in capabilities.

Given that many shooters manually outfit their own ammunition, it is not surprising that smaller cartridges are in greater demand.

Again, where economic aspects are taken into account – .308 wins.

We mentioned extreme values, so let’s talk a little about them. We have always believed that .30-06 is perhaps the most versatile, universal cartridge on the planet. Being as light as possible makes it a deadly varmint cartridge.

When using heavier bullets – on several continents around the world, hunters get the majority of large animals. Handloaders, using some modern, high-speed, low-pressure gunpowders (such as the Vihtavuori 500-series), can correctly handle the maximum capabilities of a large cartridge. In such cases, the .308 will always be behind.

Well, yes, and no. Let us be honest about this – we are again talking about extreme options. The most responsible hunters hunt game at “moderate” distances. Smaller bullets will do the trick. So, for your shooting needs with a .30 caliber, you might as well take the .308 Winchester. It is affordable and works.

Let’s discuss this with regard to when the .30-06 and .308 were the only cartridges allowed by the NRA (National Rifle Association of America) for matches. And the cartridges were used in barrels of equal quality.

Both rounds were used when firing at distances from 100 to 1000 yards. Many thousands of rounds of both types were shot. Bullets from 168 to 200 grains were used with several different gunpowders, combinations of cartridges and capsules.

When comparing the accuracy between .308 and .30-06, those who used both quickly realized one thing: the .308 was more accurate than .30-06 by a three to two ratio. In the early 1960s, there was also a trend. In which athletes with a higher classification using .308 received worse results using .30-06 at all distances.

From the middle to the end of the 1960s, all the top riflemen from large-caliber rifles and, in fact, everyone else, switched to .308.

Most “large-caliber” shooters consider the main reason that the .308 is much more accurate than the .30-06 is its shorter sleeve. This provides a shorter and more uniform push of the bullet during the combustion of gunpowder. This is due to the higher density of the powder charge (less airspace) and the easier uniform ignition of gunpowder.

What do military tests say?

Military arsenals that test sporting and service munitions shot thousands of rounds/groups of both types in tests. They found out by shooting both types of ammunition that the lighter recoil of the .308 allows the shooter to retake faster.

If you’ve enjoyed this comparison and want to learn even more, please check out our reviews of the best Scope for 308 Rifles and the best Scopes for 30 6 Springfield currently on the market.

By acquiring a rifle with an accuracy of shooting no more than an angular minute. For example, the Weatherby Vanguard Sub MOA. The owner of the .308 Winchester will enjoy good holes when shooting at targets more often than the holder of the same rifle in .30-06 Springfield caliber.

While there will always be people, who will argue that the .30-06 is a more accurate cartridge. And we’d just like to tell them that we have properly done our research and checked the .308 against the .30-06 and these are our findings.

The theory is good to speculate, but facts determine the truth. 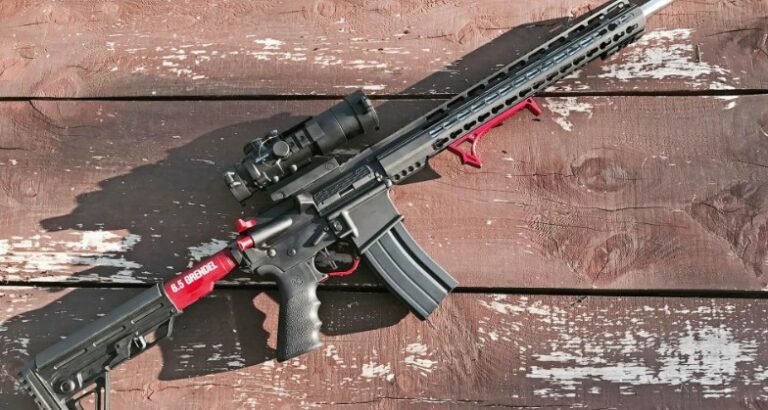 Are you tired of using the same old cartridges for your rifle? If so, here’s is the good news. In this article, we shall share with you our top picks for the best 6.5 Grendel uppers on the market. But Let’s Start by Getting To Know The 6.5 Grendel The 6.5 Grendel is a low-recoil,… 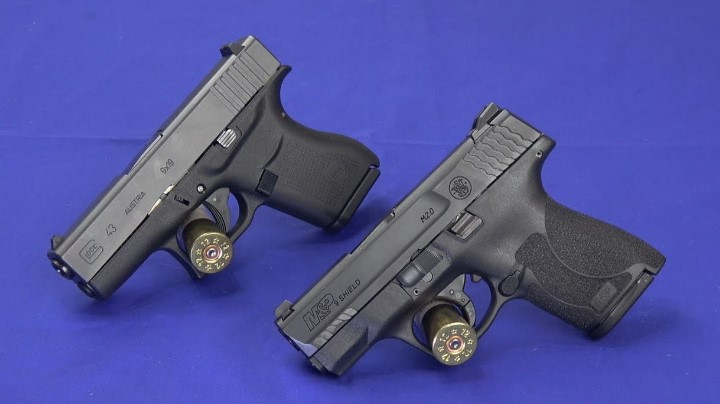 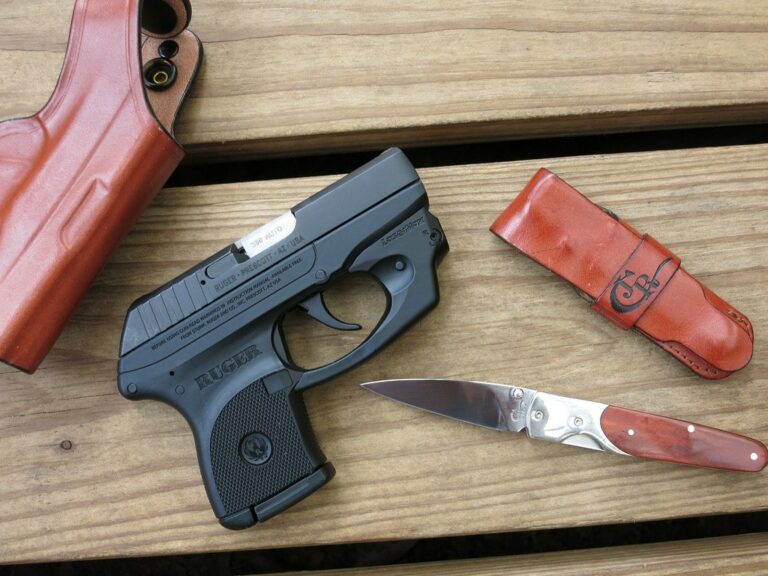 You must find an IWB holster that works perfectly for the Ruger LC9 handgun when you’re looking for the best IWB holster. Holsters should be able to consistently deliver quality performance, such as being easy to draw. When designing a model, it is always advisable to choose one that has the best drawing capabilities because… 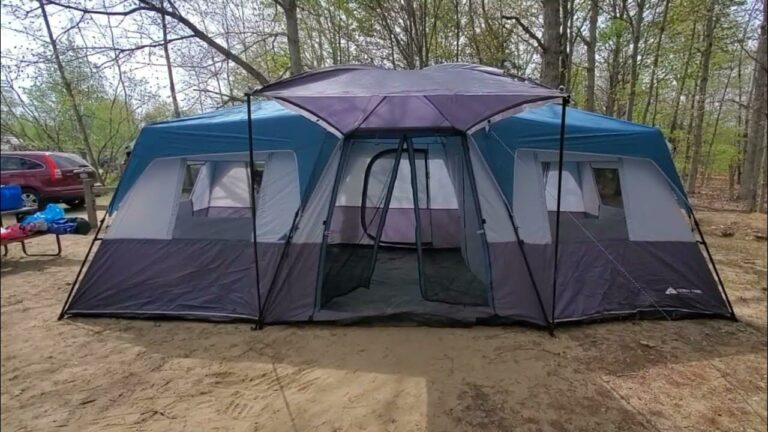 Are you looking for a tent that is spacious enough for the whole family? Camping underneath the stars as a large group can be a lot of fun. However, if you are all squashed together in your tent, tempers are largely to rise, and arguments can easily break out. Fortunately, the best 12 person camping… 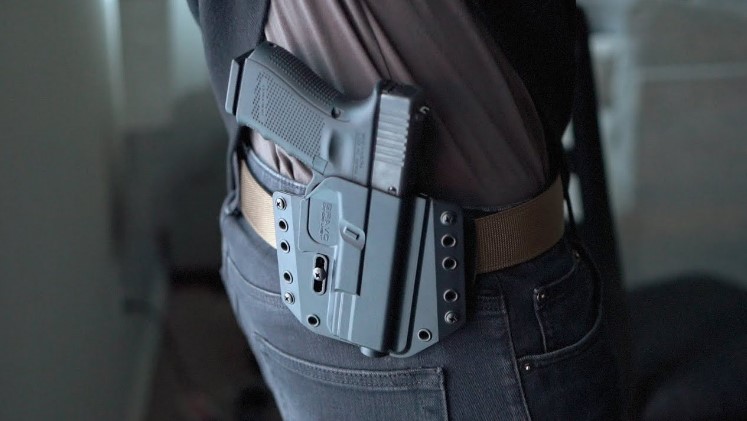 There is no doubt that the Glock 19 is among the most popular handguns on the market today. It is also imperative to think about how you will carry this handgun when you own it. It is not something you can just wave around to people. The gun needs to be carried in a holster…. 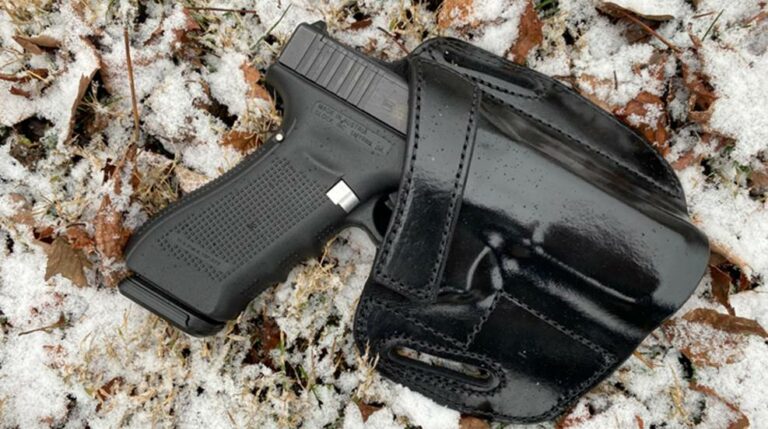 Pancake holsters are nothing new. Do you know which ones are the best? In this guide, we’ll give you more information about the best pancake holsters so you can make a more informed choice. In addition to being versatile, pancake holsters conceal your weapons well. The right holster will ensure that your licensed firearm is…